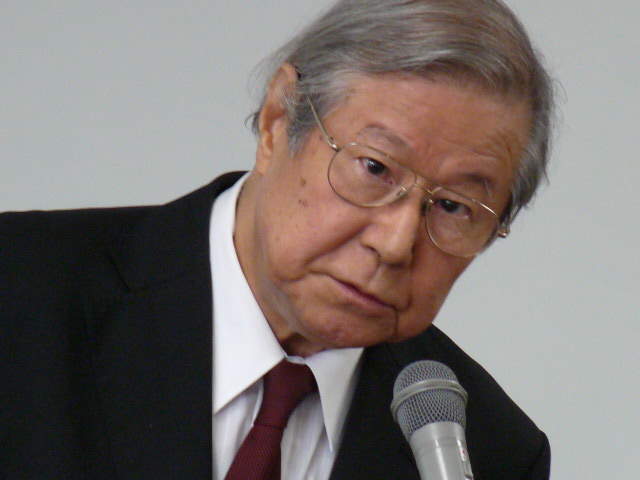 This address by Professor Hironaka Heisuke’s 広中平祐 was given at the general meeting to establish the Japanese Society for Time Studies on 13 June 2009.

（Note: The text below was transcribed from the recording of Prof. Hironaka’s speech.  Here were great pains taken to ensure there were no errors in the text.  Any errors are the responsibility of the editor,  Inoue Shinichi, and translator, Ben Grafström.）

“Time” is certainly a strange, marvelous thing.  Let me start by introducing you to a poem by a local poet from Yamaguchi named Misuzu Kaneko 金子みすゞ (1903–1930).  This is just an excerpt from a poem called “Hoshi to tanpopo” (Stars and Dandelions):

Afternoon stars can’t be seen by the naked eye.

It’s said that they can’t be seen, yet they exist.

Even things that can’t be seen exist.

We’re on the road paved by our ancestors, and by our ancestors’ ancestors, for hundreds of millions of years.  The progress we made through plenty of hardships over that long, long time has brought us to where we are now, letting us enjoy the lifestyles we have.  Or one could say that there are hardships caused by our present lifestyles.

Regardless, one can say that all that time is just like air.  Anybody who looks deeply into their hearts and thinks this time hasn’t had any effect on them isn’t thinking about it enough.   The moment air disappears is when life ends.  Without water, too, one can’t live.  Yet water and air are two obvious things needed to live.  Time, too, is an ordinary thing that is taken for granted.  But please think about how much time is allotted to each of us.  I don’t just mean thinking in terms of the history of mankind up until now, or from now to far into the future, but also to the present moment.  You will come to understand that taking a little time alone to think quietly will have an effect on you.

For example, we are blessed to live in a developed country, our daily lives are filled with all sorts of extra things.  And, day after day we get all sorts of information delivered to us.  As it were, we live in an information age driven by computers.  But this information age also brought with it the recent sub-prime mortgage crisis of 2007 and 2010 that led to the 2007–2008 global financial crisis, for which corporations and countries could not have prepared.  In an age such as this, it is extremely important to think about “time” now more than ever.  Globalization and the information-age greatly exacerbated the sub-prime crisis.  The information age has drastically amplified the magnitude of events like the global financial crisis.  Just when one thinks there is a spectacular boon, there is an equally spectacular bust.  One could say it’s a cycle, or that it’s a wave where the distance between the ups and downs is getting shorter.  Long ago, if such an emergency occurred, we would probably be ok for about the next 10 years, but now, only after 1 year, economic problems, environmental problems, all over the world spring up.

The raison d’etre of what it means to be a nation will probable change.  For the sake of Democracy, we have moved quite far away from what it means to be an individual. The gap between the macro (the democratic nation) and the micro (the individual) is exacerbated.  The problem arises about what the country should do when too many people want to participate in even the smallest daily activity.  On the flip side, the country has the problem about how it should participate in large scale global activities, like global economics.  It becomes too much to handle.  In short the country is too small and such troubles arise.  Indeed, there is environmental problems—problems that 1 country alone cannot resolve.  Also, this has become an age when, if there is a communicable disease that forces people to migrate, this too would be something too large for 1 country to handle.  This has become an age where we are flanked on either side by things that deeply and severely have effects on us.  For one thing, the units of time have become shorter.  People think, “Things are alright this year, so they shouldn’t be considerably worse next year.”  We can’t think like this anymore.  We should think in terms of longer periods of time, like 40 years, or 50 years.  If we can’t think seriously about time and the various conditions in the world, then the things we experience will appear odd.  I’ve read the economic theorist Jacques Attali’s (1943–) books, in which he claims there is a possibility that the world will face an extremely dire problem in the year 2040.  He also claims that there will be events so catastrophic by the year 2080 that we can’t even imagine what they are at the moment.  Could these problems be the result of ultra-nationalism?  The repeated assaults by guerrilla groups?  Something involving nuclear energy?  We could think of so many different possibilities, but the bottom line is that now is the time for serious consideration about what the state of affairs will be like for humans in the future, beyond just “next year.”  We absolutely must weigh both the short term and the long-term future now.

Now then, some might not understand what the focus is if one is to study this thing called “time” as an academic study. For example until now academic organizations and conferences are usually segregated by field, but for time, there is no clear opinion of where it fits in the regular system of academic organizations and conferences. I think that this has been troubling for people who do time studies.

Once again, here’s an excerpt from a poem titled “Fushigi” (Strange) by Misuzu Kaneko:

whomever I ask about it, just laughs,

but its’ something that should be expected.

I think it’s the same with the study of time.

It’s my own belief, but I wonder if how we think of time and organize time won’t someday break down, little by little?  Or, will this drive for all the countries in the world to be in-sync gradually wane? We’re born small and grow big. We start out as just little children, then get older, and mature, and eventually become adults, and then partner-up with others. Perhaps it’s the same with time—it too will evolve and merge with other schemes of time. This is also a matter for this time studies association to consider, I think.

＃３：Jacques Attali (1943–）is a French economist and theorist. A number of his books have been translated into Japanese. 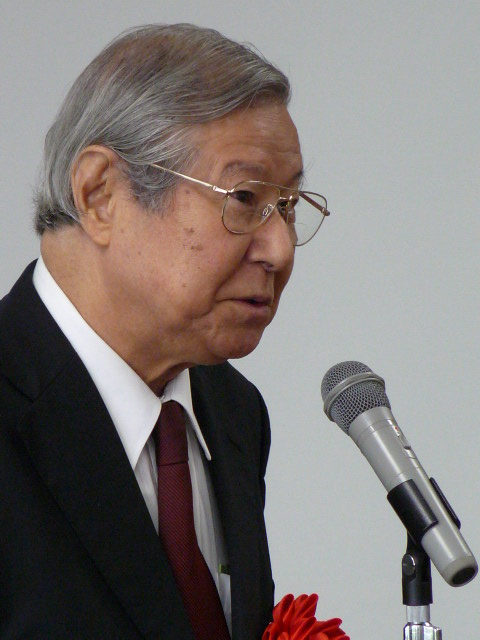 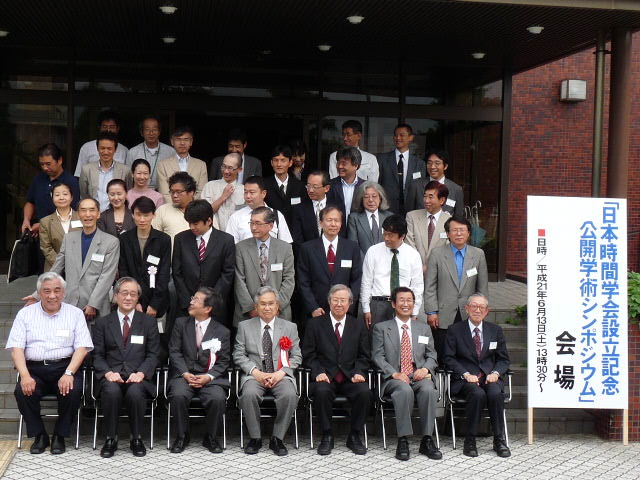